Exclusive to Newham Bookshop or only available at selected bookshops 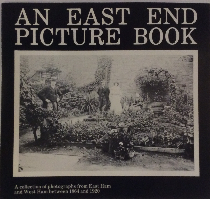 This collection of photographs from East Ham and West Ham between 1864 and 1920 was published by Newham Parents’ Centre in 1979, one year after Newham Bookshop was founded. The photographs give a flavour of life in this part of the East End of London over a fifty-year period, and will be of interest to local historians. We have seen this book offered online for upwards of £12: you can buy it from us at the cover price of £2.25. 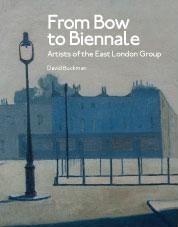 From Bow to Biennale: Artists of the East London Group by David Buckman

Although the East London Group achieved commercial success and huge media coverage in the late 1920s and early 1930s, its story has never been told. Inspired by the charismatic teacher John Cooper, its artists achieved shows at the Whitechapel Art Gallery, Tate Gallery, in the provinces and annual exhibitions in the West End. By 1936, two Group painters were showing at the Venice Biennale. Arnold Bennett, Joseph Duveen, Aldous Huxley, Ramsay MacDonald, Edward Marsh, Michael Sadler, Walter Sickert and Osbert Sitwell were among its supporters.