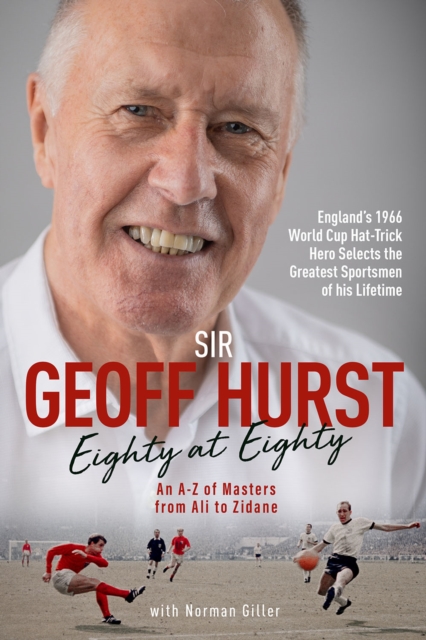 Eighty at Eighty is published by Pitch Publishing in hardback at £19.99.

An A to Z of Masters from Ali to Zidane

1966 legend Sir Geoff Hurst is the only footballer in history to score a World Cup final hat-trick. To mark his 80th birthday, he has named the 80 sportsmen who most inspired and motivated him throughout his life. Sir Geoff, who scored 24 goals in 49 England games, also had a talent for cricket, and has an in-depth knowledge of all the major sports. His A to Z of sporting heroes covers multiple sports and decades, from Muhammad Ali to Zinedine Zidane. The book is filled with surprising facts, and Sir Geoff challenges you to count how many times you exclaim, “I didn’t know that!” when reading his entertaining and enlightening breakdown on his sporting idols. Writing in collaboration with renowned sports historian Norman Giller, who reported Sir Geoff’s West Ham debut in 1960, Hurst personalises each profile with anecdotes that offer a unique insight into the individual.

Pitch Publishing are planning a similar book on the greatest post-war sportswomen, but for now enjoy Sir Geoff Hurst discussing his 80 greatest sportsmen.