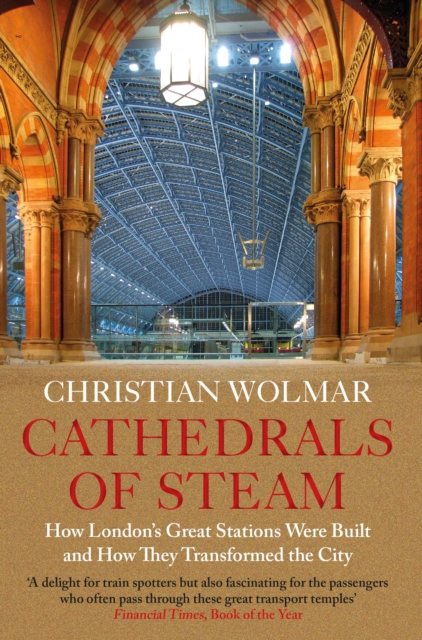 Cathedrals of Steam is published by Atlantic Books in paperback at £10.99.

London hosts twelve major railway stations, more than any other city in the world. They range from the grand and palatial, such as King’s Cross and Paddington, to the modest and lesser known, such as Fenchurch Street and Cannon Street. These monuments to the age of the train are the hub of London's transport system and their development, decline and recent renewal have determined the history of the capital in many ways.

Built between 1836 and 1899 by competing private train companies seeking to outdo one another, the construction of these terminuses caused tremendous upheaval and had a widespread impact on their local surroundings. What were once called ‘slums’ were demolished, green spaces and cemeteries were concreted over, and vast marshalling yards, engine sheds and carriage depots sprung up in their place.

In a compelling and dramatic narrative, Christian Wolmar traces the development of these magnificent cathedrals of steam, provides unique insights into their history, with many entertaining anecdotes, and celebrates the recent transformation of several of these stations into wonderful blends of the old and the new.

“London’s twelve great rail termini are the epic survivors of the Victorian age… Wolmar brings them to life with the knowledge of an expert and the panache of a connoisseur.” — Simon Jenkins.