For the safety of all our customers and staff, please continue to wear a mask in the Bookshop, use hand sanitiser and observe social distancing. Thank you for your loyalty and support. 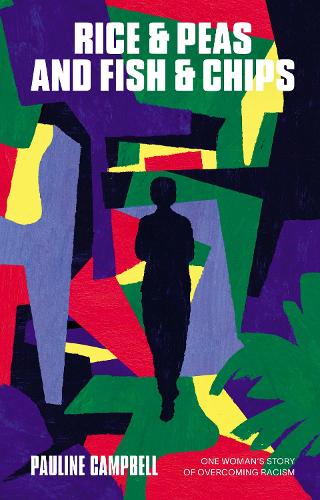 One woman’s story of overcoming racism

Part memoir, part commentary, this book reflects on race and racism, identity and belonging, set against the historical, political and social climate of twentieth-century Britain to the present day, along with a personal exploration of what it means to be British as a first-generation immigrant child of Caribbean parents.

Pauline Campbell was brought up on Rice and Peas and Fish and Chips after her parents crossed thousands of miles, leaving the warm shores of the Caribbean, to settle in Britain. In this book Pauline takes the reader on a journey into where her generation has been. A generation of people who at their birth had no idea that the subsequent political events that were taking place throughout their young and adult lives would lead to a tsunami of inequality. It would have a rippling effect on not just them, but the generations that followed, as they along with other immigrants would become pawns in a horrifying game used to secure votes for Labour, Conservatives and rightwing groups. They would be denied the very equality any human should have regardless of the colour of their skin.

Pauline Campbell grew up in north and east London to Jamaican parents. As a child she loved to read, and dreamed of becoming a lawyer, but when she was told at the age of 15 that she was not A level material. She scraped a few qualifications together to secure various office jobs. But in her early thirties, she began to gain a sense of belief in herself. Taking on a law degree which led to her qualifying as a lawyer at the age of 41. She worked in a senior legal position for Hackney Borough for over 14 years and currently works for Waltham Forest. In 2016, heading a team of Lawyers, she won Litigation Team of the Year at the Lawyers in Local Government Awards. Pauline also works as a Supervising Lawyer on The Windrush Justice Clinic, in which she works with final year law students within Westminster University, providing free legal advice and preparing Windrush Compensation claims for victims of the Windrush scandal. Pauline has written on race and identity, including her short story, also titled Rice & Peas and Fish & Chips, which was published in the London Reader in spring 2020 online and in print.