The Bookshop is CLOSED. With the additional restrictions we can take no more new individual orders. We will try to fulfil those we already have.

Thursday 19 September at 7.30 pm
at The Wanstead Tap

The rise and fall of Cool Britannia,
told by those who were there

Daniel Rachel will be in conversation with Paolo Hewitt

The nineties was the decade when British culture reclaimed its position at the artistic centre of the world. Not since the Swinging Sixties had art, comedy, fashion, film, football, literature and music interwoven into a blooming of national self-confidence. It was the decade of Lad Culture and Girl Power; of Blur vs Oasis. When fashion runways shone with British talent, Young British Artists became household names, football was ‘coming home’ and British film went worldwide. From old Labour’s defeat in 1992 through to New Labour’s historic landslide in 1997, Don’t Look Back In Anger chronicles the Cool Britannia age when the country united through a resurgence of patriotism and a celebration of all things British.

But it was also an era of false promises and misplaced trust, when the weight of substance was based on the airlessness of branding, spin and the first stirrings of celebrity culture. A decade that started with hope then ended with the death of the ‘people’s princess” and 9/11 – an event that redefined a new world order.

Through sixty-eight voices that epitomise the decade – including Tony Blair, John Major, Noel Gallagher, Damon Albarn, Tracey Emin, Keith Allen, Meera Syal, David Baddiel, Irvine Welsh and Steve Coogan – we re-live the epic highs and crashing lows of one of the most eventful periods in British history. Today, in an age where identity dominates the national agenda, Don’t Look Back In Anger is a necessary and compelling historical document.

“Rachel proves himself, again, the Studs Terkel of British pop political movements, delivering a brilliantly polyphonic pop-cultural history of Britain in the 1990s. Provoking a heady stew of memories for those who lived through it, and acting as a primer for the era for those who missed out, Don’t Look Back In Anger conveys something of the hope, energy, optimism and egalitarianism that seemed to abound then. Things we could perhaps do with rather more of right now.” – Travis Elborough, author of The Atlas of Improbable Places. 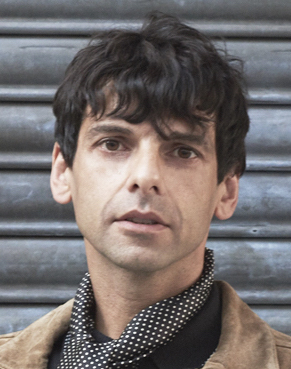 Musician-turned-author Daniel Rachel was born in Solihull in the summer before The Beatles announced their break-up. He wrote his first song when he was sixteen and was the lead-singer in Rachels Basement, which he formed in his early twenties. In 2001, he released his debut solo album, A Simple Twist of Folk, on Dust Records, followed in 2006 by A Taste Of Money. Daniel is a specialist in Forum Theatre direction. His first book was Isle of Noises: Conversations with great British songwriters, published in 2014. 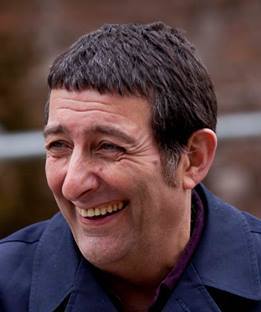 Paolo Hewitt is a music journalist and author. He worked for Melody Maker and NME and has written over twenty books on music, fashion and football. His memoir, The Looked After Kid, describes is early life in care.

An evening with Kimberley Chambers
Proceeds to Ambition Aspire Achieve

Wednesday 13 May at 7 pm
at The Wanstead Tap

The Satanic Rites of Robin Ince