Thursday 27 September at 7.30 pm
at The Wanstead Tap 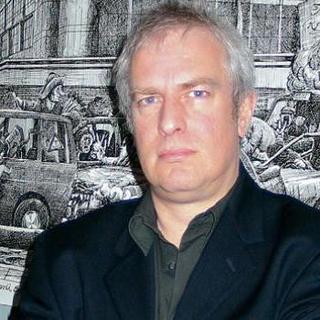 Martin Rowson
The Pen is Mightier
Than the Word

This is the latest work from celebrated political satirist Martin Rowson. His work has appeared regularly in The Guardian, The Times, the Independent on Sunday, the Daily Mirror, The Spectator and the Morning Star, as well as many other publications. He won the Cartoon Art Trust’s Political Cartoonist of the Year Award in 2000 and 2004, the Political Cartoon Society’s Cartoon of the Year in 2003 and 2007 and was their Cartoonist of the Year in 2010.

Martin Rowson is an editorial cartoonist and writer. His genre is political satire and his style is scathing and graphic. He characterizes his work as “visual journalism”. His cartoons appear frequently in The Guardian and the Daily Mirror. He also contributes freelance cartoons to other publications, such as Tribune, Index on Censorship and the Morning Star. He is chair of the British Cartoonists’ Association.