An autistic woman in a neurotypical world

Laura James always knew she was different. But it took her more than four decades to find out why. What do you do when you wake up in your mid-forties and realise you have been living a lie?

This is a searingly honest, revealing and ultimately uplifting memoir from journalist Laura James. It is the compelling story of how she found out why she seems to work on a “different operating system” from all those around her. It is the first memoir by a British woman with autism to be published by a UK mainstream publisher.

Laura’s autism was revealed only after she had battled to forge a career for herself, married twice and raised four children. Only after a lifetime spent wondering why every day was a struggle in an alien environment.

Odd Girl Out tracks a year of her life after she receives a definitive diagnosis. We follow her as she learns that ‘different’ doesn’t need to mean ‘less’. How there is a place for all of us, and it is never too late to find it.

The book offers an extraordinary glimpse into the autistic mind and – through a series of lyrical and highly engaging flashbacks – it provides insight into the role her autism played at key moments in her life.

Although this is Laura’s story – told with candour, humour and huge self-awareness – the book has a wider focus too. It explores what it means to be an autistic woman, the reasons for the lower rate of diagnosed autism in women and girls, and issues around food, work, marriage and motherhood.

This memoir – which also includes unique perspectives from a number of respected autism experts – is a timely and poignant account that will resonate widely.

Laura James is an author and journalist and the owner of a communications agency. Her writing has appeared in many national and international newspapers and magazines. When not frantically fighting deadlines, she can generally be found hiding under a duvet with a stack of good books and lots of chocolate. She is the mother of four adult children and lives with her husband and their dogs and cat in North Norfolk. Since her diagnosis she has worked closely with the National Autistic Society.

The National Autistic Society (NAS) is the leading UK charity for autistic people (including those with Asperger’s syndrome) and their families. Getting involved in World Autism Awareness Week will change lives. This is your chance to raise money and awareness so that as many people as possible learn about autism. More information on the NAS website.

How to raise a happy autistic child 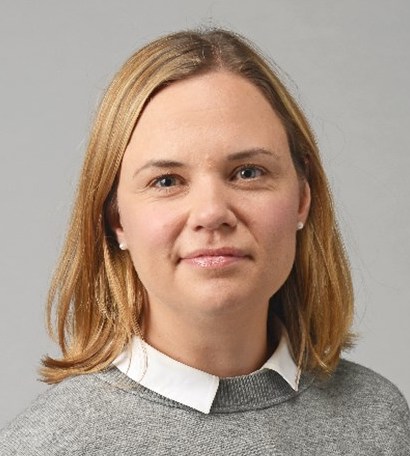 Over 700,000 people in the UK are autistic, and 2.8 million people have a relative on the autistic spectrum.

The way we view autism is changing – moving from the perception that it is a terrible tragedy to happen to a child and the family, to a recognition that autism represents a difference in skill-set and brain function that is no better or worse than not being autistic.

This is the definitive guide for parents of children with autism, written from the perspective of neurodiversity. When a child is diagnosed with autism it is hard for parents to get to the best information – the internet is full of conflicting and panic-inducing information and there wasn’t one book that had everything you needed to know in one place. This was the experience of The Times award-winning journalist Jessie Hewitson. She decided, in the early hours of the morning – awake worrying about her son’s future and not sure how to help him best – to write the book to provide reliable, practical advice and information that parents could trust.

Expertly researched, Autism includes interviews with academics such as Simon Baron-Cohen, education lawyers, paediatricians, psychologists, speech and language therapists and parents, who include the author David Mitchell and Melanie Sykes. Jessie covers everything, from ways to make your home more autism-friendly; how to help your child with eating, sleeping and anxiety; how to access the right support at school; what to do when your child is having a meltdown. How, in short, to raise a happy autistic child.

The book includes a foreword from Ambitious about Autism (the national charity for children and young people with autism) and is supported by The National Autistic Society.

Jessie Hewitson is a staff property and personal finance writer on The Times. Previously she worked as a freelance journalist, writing for most of the broadsheets, as well as editing Tatler’’s 2013 guide to the best doctors. She is a mother of two; her seven-year-old son is autistic.

“Jessie Hewitson’s guide is a wise SatNav for what is often a bewildering, or even scary, zone of parenting.  The book offers real-world, road-tested, child-first and family-friendly advice; while also highlighting the twin truths that autism is not a tragedy, and that adaptation and acceptance are not resignation.” – David Mitchell, bestselling author and co-translator of The Reason I Jump.

“A must-read for anyone with an autistic child in their life.” – Laura James, author of Odd Girl Out.

“An important book that will no doubt become an invaluable source of support for any parent who suspects – or has been told – that their child has autism… While its practical advice does not soften or shy away from any of the difficulties that await parents – this is a book that celebrates difference and champions happiness.” – Ambitious About Autism (from their foreword).