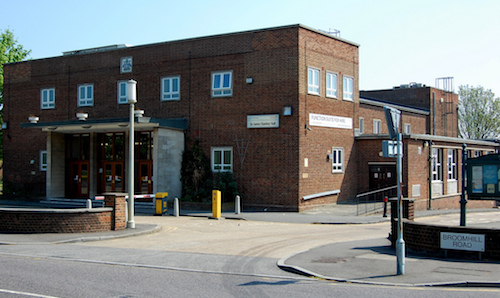 More about the book. Tell us about your connections to South Woodford Just before the Second World War, Mum and Dad (who were East Enders) moved down the Lea Bridge Road and bought a semi-detached in South Woodford on Raymond Avenue on the Firs Estate. My whole childhood was spent in South Woodford. I went to the St Philips and St James Church on Grove Road. I went to Snaresbrook College and then Woodford Green prep school. I spent as much time as a could at the Majestic Theatre (now the Odeon) on the High Road and in the Plaza on George Lane where the Sainsbury’s is.

What is your most striking memory of South Woodford? Walking down George Lane to South Woodford Station. I always used the Central line when I was a child actor in West End shows.

Did you enjoy your time at Wanstead High School? I hated school and bunked off whenever I could and spent my time reading behind the bookshelves in South Woodford Library.

Which teacher from Wanstead most influenced you and why? My most influential teacher wasn’t from Wanstead High School. It was my elocution teacher Ms Philips, who lived in Chingford and ran private classes for five shillings a term.

Do you still keep in touch with any childhood friends? I still see Susan Pears, the girl who lived next door but one. I often bump into old school mates—a few have turned up at my book tour in places as far as Nottingham and Yeovil.

When was the last time you came back to South Woodford? I used to come back often until my mum died about 12 years ago.

After receiving your knighthood in 2013, you were quoted as saying you will use your new title with “abandon to highlight the causes I believe in.” Can you give some insight into one of those causes? Both my parents suffered from dementia and I have become an ambassador for the Alzheimer’s Society.

Everyone remembers when Baldrick and co were killed in the final scene of Blackadder Goes Forth, originally broadcast just before Remembrance Day in 1989. Did that scene influence you in any way in terms of how you mark 11 November yourself? The First World War has always featured strongly in my sense of history because my Grandad Jack was a Private in the trenches. I have filmed on the Western Front many times and last year told the story of the Battle of the Somme for The Discovery Channel.

Do you think Bob Dylan was a worthy recipient of the Nobel Prize for Literature? Yes.