Over 800 children and over 100 adults filled Walthamstow Assembly Hall for the Biggest Book Show on Earth, with guest appearances from some of the biggest names in children’s books. A buzz of excited chatter, followed by shrieks of laughter, the children listened attentively as the authors talked about their work and entertained with songs and jokes. The Show lasted about 90 minutes and included Steven Butler as the Ringmaster and Dennis the Menance, Francesca Simon with Horrid Henry, Sarah McIntyre and Philip Reeve with amazing hair and ukeleles, Holly Smale of Geek Girl fame, Michael Rosen and Jacqueline Wilson.

After the Show, 800 packed lunches appeared and the important activities of eating, buying books, meeting the authors and getting autographs took up the next couple of hours. Great excitement all round. The queue to meet Holly Smale lasted the whole two hours, and all the children were wearing the Geek Girl glasses provided specially for the Show and given out by the people from Waltham Forest Libraries, our partners for the event, together with World Book Day and Stratford Circus.

”It was a great thing to have a ten-year-old bouncing with excitement because her favourite book writer was about to appear… eat your heart out One Direction!“ — Marilyn Gabbett

”We all really enjoyed the day… parents have fed back to us that their children came home straight away and started reading their new signed books!“ — Imogen Cook, Park Primary School, Newham

”The children and staff had a brilliant time and came back so inspired to write!“ — Brian Hughes, Aldersbrook Primary School, Redbridge

Kaizen Primary School, Plaistow in Newham, sent two reporters from their school newspaper Kaizen Voice. Here is their report that will appear in the edition which comes out just before Easter. …and with their new, signed books. 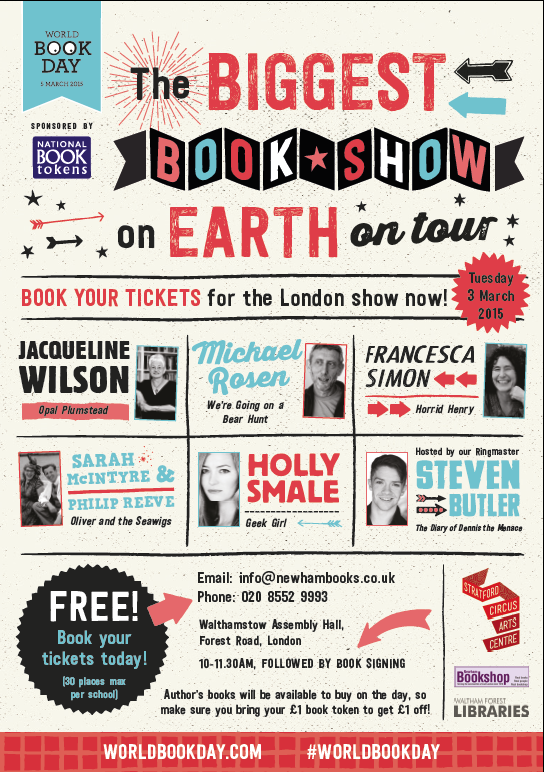 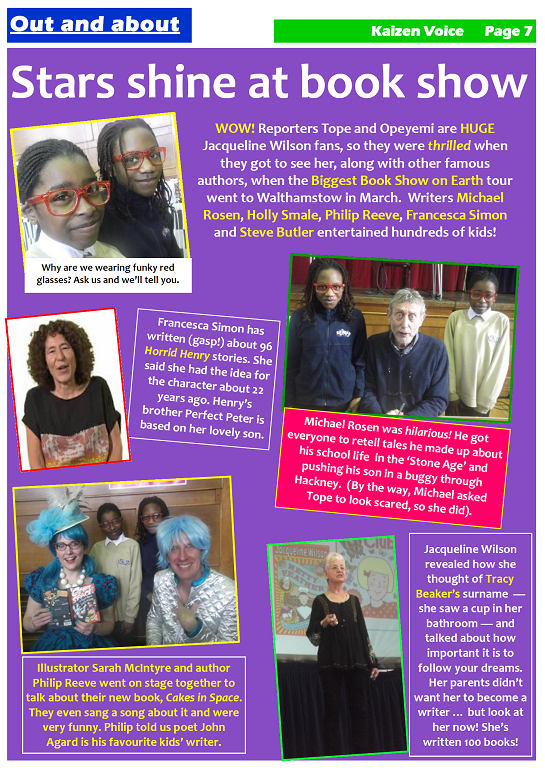