VE Day Party for The Girls Who Went to War

Friday 8 May from 6 pm at Newham Bookshop 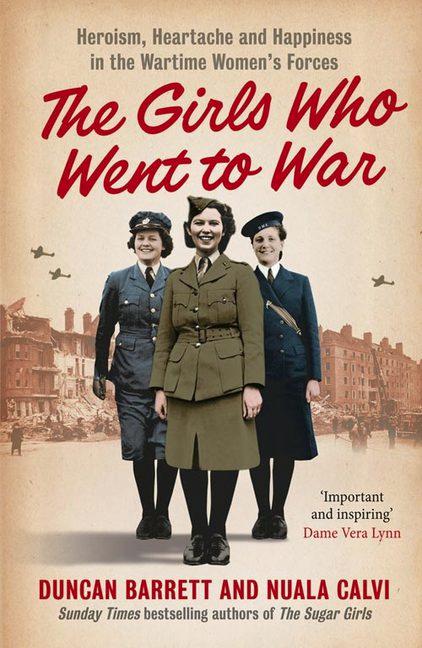 Newham Bookshop’s
street party is a free event.
RSVP if you wish to attend:
click here to email us.

The Girls Who Went to War is published in paperback by Harper Element at £7.99. Click here for more information about the book.

More than half a million young women joined the Army, Navy and Air Force in the Second World War. Nuala Calvi and Duncan Barrett are now telling the story of many of these women in their new book The Girls Who Went to War.

The authors have interviewed 100 ex-servicewomen for the book, and focus in particular on three extraordinary stories from across the women’s services: the Auxiliary Territorial Service, Women’s Auxiliary Air Force and Women’s Royal Naval Service. Nuala said: “The women were lured by the opportunity for independence and adventure, and the prospect of doing something important for the war effort—something that really mattered.”

Many roles that women took up were very dangerous. Nuala says: “A lot of people don’t realise the contribution women made in the Second World War.” In the course of action, some women were captured by the Germans in the rush to Dunkirk, others were machine gunned by the Luftwaffe as they operated searchlights, while still more followed the D-Day invasion in air ambulances to bring back the injured. Many won medals for bravery and some 2,000 lost their lives.

The Girls Who Went to War has been published to tie in with the 70th anniversary of VE Day. To celebrate the book’s release, Newham Bookshop is holding a street party on Friday 8 May, with book signings, drinks and themed refreshments. Duncan said: “Newham Bookshop was the biggest champion of The Sugar Girls and we’re really looking forward to it.” Nuala added: “It’s a great way of reviving the VE Day spirit. People can come along and celebrate with some of the people who were there on the original VE Day.”

— from The Newham Mag