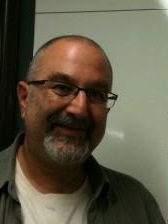 David Rosenberg is an educator, writer and tour guide, and author of Battle for the East End, published in 2011. Since 2008, he has led tours of key sites in London’s social and political history, especially in London’s East End, and he teaches at City Lit and Bishopsgate Institute. He is a founder member of History from Below, an international network of activists, artists, archivists and political archaeologists. David owes his geographical knowledge of London to three years work as a van driver in the early 1980s delivering books to radical and community bookshops.

The “grovelling, starving poverty” of mid-19th century Clerkenwell nurtured political rebellion among those fighting for a just society, from Chartists to Irish rebels to Italian revolutionaries to 20th century socialists. This walk traces their footsteps.

The walk finishes at around 4 pm back outside Finsbury Town Hall. The radical response to conservative heritage tours and banal day-tripper guides, Rebel Footprints brings to life the history of social movements in the capital. It transports readers from well-known landmarks to history-making hidden corners. David Rosenberg tells the story of protest and struggle in London from the early nineteenth to the mid-twentieth century.

From the Suffragettes to the socialists, from the Chartists to the trade unionists, the book invites us to step into the footprints of a diverse cast of dedicated fighters for social justice. Individual chapters highlight particular struggles and their participants, from famous faces to lesser-known luminaries.

David sets London’s radical campaigners against the backdrop of the city’s multi-faceted development. Self-directed walks pair with narratives that seamlessly blend history, politics and geography. Specially commissioned maps and illustrations immerse the reader in the story of the city.

Whether visiting it for the first time, or born and raised in it, David Rosenberg invites you to see London as you never have before, the nation’s capital as its radical centre.

Rebel Footprints is published in paperback by Pluto Press at £9.99. 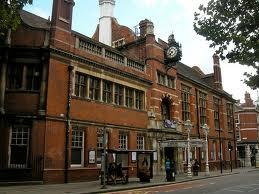 Tickets £15.
The ticket price includes a copy
of David Rosenberg’s book,
Rebel Footprints.
This walk is one of those
described in the book.