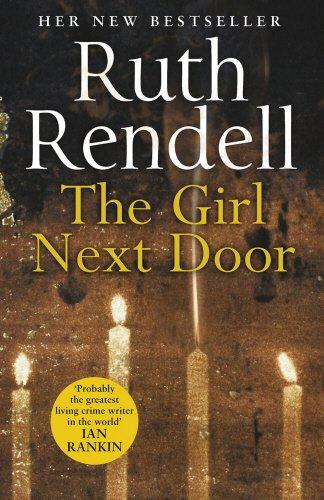 The Girl Next Door
is published by
Hutchinson
in hardback at
£18.99 Claire Hazelton wrote in The Observer: “Shortly before the second world war, a man nicknamed Woody murders his wife and his wife’s lover. In an act of psychopathy, he cuts off the couple’s hands and buries them, in a cookie jar, in tunnels that the local children play in. Veteran crime writer Ruth Rendell’s new novel, The Girl Next Door, is strangely detached from the crime it opens with. Set 70 years later, when the hands of the victims are unearthed, it focuses not on the murder but on the children — now elderly — who are reunited by the resulting criminal investigation. Although mysteries from their pasts are revealed as memories are pieced together, Rendell is more interested in the new relationships formed within the group.

“Instead of exploring psychopathy as one might have expected, Rendell gives an acutely observed portrayal of old age through her characters’ regrets, losses and bewilderment. Her realism renders the novel bleak at times but moving too. Difficult themes such as death, usually dressed up in mystery in a crime novel, are real, hard-hitting and constant.”